In 1994, I chose to move down to South Jersey to attend college because I felt drawn to the area with its proximity to the beach and booming casino industry.  At school, I became friends with a lot of casino employees who worked second and third shifts while taking classes during the day, and I came to better understand the pulse of the region. 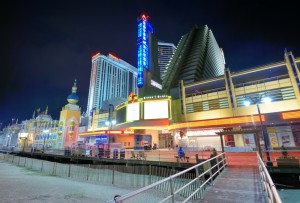 At that time, the vibe of Atlantic City (AC) was very positive as more and more new casinos entered the fold. There were trade schools that not only taught people casino dealing, but also guaranteed job placements! The help wanted ads were filled with casinos and restaurants that were hiring. Donald Trump even became a local icon with three casinos, two of which still bear his name.

When the competition got to be too much between casinos in and around Atlantic City, the local economy started to decline as crime increased and jobs began to disappear. The Revel project certainly brought hope back to the area with a concept of creating a casino that spared no expense. But even the completion of that project drew shaky support, and I began to realize that the key to Atlantic City’s survival was not to build another casino to continue to cannibalize the industry further, but to turn Atlantic City as a whole into a true destination that could attract people that lived beyond a 120 mile radius of the city.  This would have required a different approach to marketing, which was totally neglected.

For one, the marketing efforts related to Atlantic City never evolved with the rise of the internet and changing methods people used to choose where to visit next. While Vegas became famous for “What Happens in Vegas…stays in Vegas”, Atlantic City became more viewed as a crime ridden location that wasn’t safe to venture around in.

A few months after the Revel had opened, I had clients in from Texas that were very interested in going to the Revel and having our meetings there, but they were deathly afraid of Atlantic City. They feared that they would be shot the second they set foot inside the city perimeters. Obviously that was far-fetched, but these were intelligent, savvy travelers who felt this way. Clearly the reputation that preceded Atlantic City was poor, but nothing was ever really done to change that.

Most of the casinos themselves have also made a very poor transition to the internet – and now more importantly, to the mobile expansion. Booking functions are clunky and slow and digital marketing efforts are limited.

While clearly there are a lot of areas that contributed to this recent downturn in Atlantic City, if we were to tie Atlantic City’s downfall exclusively to competition in other markets we’d be missing many aspects of what truly happened, and I strongly feel that Atlantic City’s lack of ability to adapt to the landscape of the changing times and evolve into a stronger web based presence has hurt the city immensely.

Four of Atlantic City’s twelve casinos are closing this year. I currently live in Ocean City, NJ (about 15 minutes outside of Atlantic City) and I have family members who are impacted by these closures. I worry about the impact these closings have on the real estate market in the area, the economy in the area and most of all, what happens to the displaced employees.