As part of the promotion for the latest iteration of the Iphone, Apple inadvertently ticked off a lot of customers -presuming that they’d like a copy of the new U2 album and thereby uploading it onto their devices. In doing so, Apple basically said, “whether you like U2 or not, you like U2.” 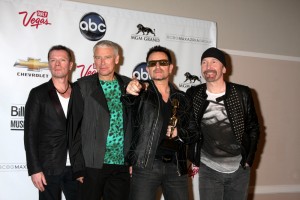 This deal definitely benefitted U2 over Apple. Let’s face it, U2’s best is behind them. I’m even a U2 fan, but when I go to a concert I am looking to hear their hits and if they play their new music, I am less than thrilled. Plus they got paid something like $100 million and got their music out to the masses with little to no effort.

In this day and age when marketers know more than ever about what people like, what they value and what they find offensive – it really is a wonder how one of the most successfully marketed companies in history ever came to the decision to go through with this. Some of the words used to describe the publicity stunt were very telling about the way it made people feel – words like violation, intrusion, presumptuous.

There was some division among music fans and critics at first. Some wondered what the fuss was all about, after all it’s free music. When the dust settled though, it was pretty clear that it was a bad move on everybody’s part. If Apple had offered the album to people for free who could then either take it or leave it, things might have been different, but no, you had no choice but to own it the way you owned every other album in your Itunes library. These Mp3 libraries are the new record or cd collections for people, and for a lot people, especially music fans, every song in there represents a very personal choice to put it there.

The way we interact with music is a very personal thing that we cultivate over years. Our music represents more to us than just preference or taste, but a deeper reflection of our personality, our experience, our friendships and our memories. For most of the past hundred years we could turn to our physical albums and mixed tapes that we’d accumulated over the years and feel that same passion and fervor for the collection itself as we do for the ephemeral music affixed to it.

But for the past decade or so we’ve seen our physical music collections begin to disappear and I think to some degree it has weakened our relationship to music. I think that upsets us all a bit whether there is something we can do about it or not. In this instance in particular, it was as if the largest corporation in the world, Apple, viewed the buying public as one monolithic consumer instead of individuals. I think it’s clear today that even vaguely eluding that everyone might enjoy the same music is nothing short of tone deaf.

The ultimate irony for me is how the single U2 released tells of the potent musical experience of hearing The Ramones for the first time as something new and different, while the release itself seems to rob people of something approaching that feeling.