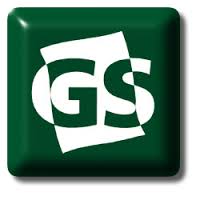 Ken Wisnefski, Chief Executive Officer at digital marketing agency WebiMax, said, “Their margins are already high. They are amazing. But is there much more opportunity for upside from them? They are not going to be able to control that type of margin in the United States. There’s already a large player here in Amazon.”

Alibaba will find it hard to chip away at Amazon’s dominance, Wisnefski added, with Amazon’s customer loyalty beginning to rival the loyalty enjoyed by Apple Inc. “The brand loyalty with Amazon is something that is going to make it difficult for Alibaba to really be able to penetrate that space,” he said.

Additionally, Alibaba could run into problems attracting U.S. merchants to its online sellers’ marketplace. Wisnefski likened Alibaba’s challenge to how U.S. retailers use search engine competitors to Google. “When you look at even advertising, we’ve got a lot of clients that do a lot of work on the Google paid services,” he said. “It doesn’t exclude them from doing work on the Bing and Yahoo! networks. But they don’t allocate as much of the budget towards it. It’s not as much of a focus.”

Given the maturity of the U.S. online marketplace, with well-established players not likely to be deposed any time soon, Alibaba may be content to play a smaller role. “There’s a lot of money to be had here playing second fiddle,” Wisnefski said. “I could see that being a strategy.”