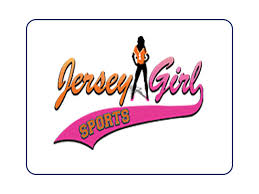 JGS: How has social media either helped or hurt athletes’ reputation?

Wisnefski: “Alot more athletes have been hurt by it than helped by it because a lot of times the athletes are not thinking about building a brand and don’t really view themselves as a brand. In time their actions are caught and it sometimes paints them in not a great light. There’s only been a few athletes, I think, that have really viewed social media as kind of a friend. LeBron has embraced social media, and he really does a good job of controlling his image. He’s someone who realizes he’s a brand, and takes social media as an asset. Johnny Manziel is someone who’s done a good job of leveraging his stardom a little bit, and some of things that have come out on social media have kind of hurt him, overwhelmingly steered towards this image he has of a wild type of guy. People that hate him, hate him, but everybody’s interested in what he’s doing.”

Mar. 11 - Instant Outcry: With social media, reaction to Limbaugh remarks was swift and effective | ...
Mar. 22 - What Might the JOBS Act Mean For Small Businesses? | DocStoc
Ken Wisnefski and the WebiMax Team Takes the ALS Ice Bucket Challenge
Ken Wisnefski in the Cision Blog discusses Facebook's push to host news stories
In the Press: